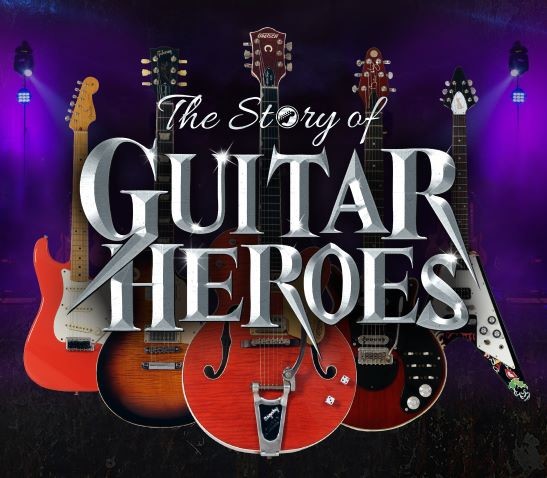 The Story of Guitar Heroes

The Story of Guitar Heroes

One of the UK’s premier live concert experiences, The Story of Guitar Heroes has garnered critical acclaim both at home and abroad for its incredible homage to some of the most influential and iconic guitarists from the past 50 years of popular music.

Using state-of-the-art video projection the show journeys through five decades, from 1950s Rock & Roll through to the most creative and inspirational guitar heroes of the modern era.

Renowned for its versatile world-class musicianship, the show recreates the unique sounds of each guitar legend with incredible accuracy, utilising no less than 30 different authentic guitars!

“Every lick is expertly played by highly experienced, gifted musicians”

I’ve spotted this quote on the Anvil’s website – would this be okay to use?

‘A great show for guitar players and music fans in general. It was fun to see the evolution of electric guitar in one show. All the players were super versatile’ - Jennifer Batten (guitarist for Michael Jackson and Jeff Beck)