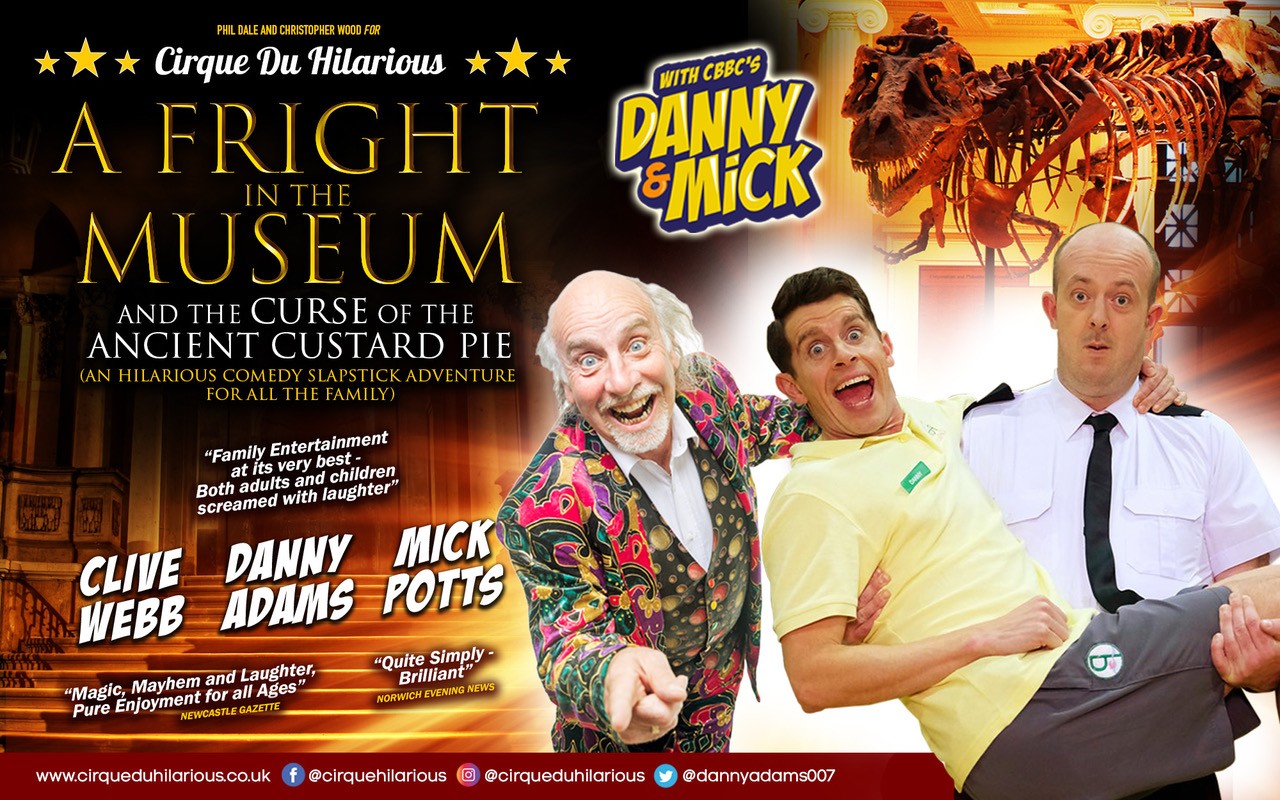 A Fright in The Museum

‘A FRIGHT IN THE MUSEUM’

(And The Curse of The Ancient Custard Pie)

Danny & Mick & their dad Clive have decided they don’t make enough money from their circus, so they get themselves part time jobs as night watchmen in the museum to make ends meet. However, things do not go according to plan when they disturb the ‘Ancient Custard Pie’ and release the ‘Phantom of Slapstick’. They soon realize they are not alone when the museum comes to life at the stroke of midnight and chaos breaks out!

This years show is packed full of hilarious comedy routines, magic, mayhem, slapstick and specialty acts, making it a laugh out aloud show not to be missed for the whole family!