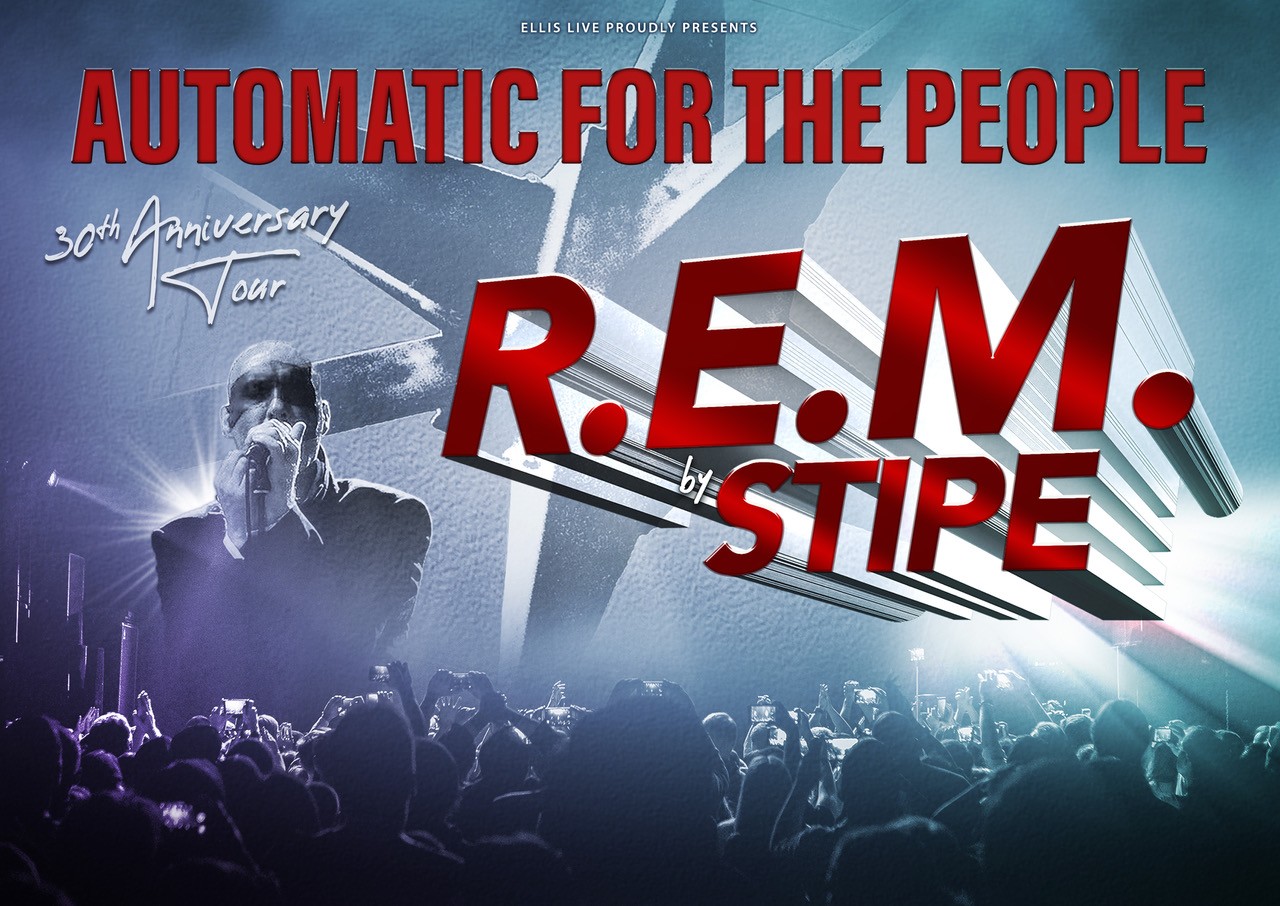 30TH ANNIVERSARY AUTOMATIC FOR THE PEOPLE

Automatic in its entirety plus greatest hits show, it is now over 10 years since they split, R.E.M the stadium band that were entertaining, powerful,groundbreaking with a string of peerless albums running through four decades.

R.E.M. remain as the band that saved American Rock. STIPE are the definitive tribute to R.E.M, a full live band show, complete with encyclopaedic knowledge of the original and acclaimed as ‘awesome‘ by Michael Stipe himself.