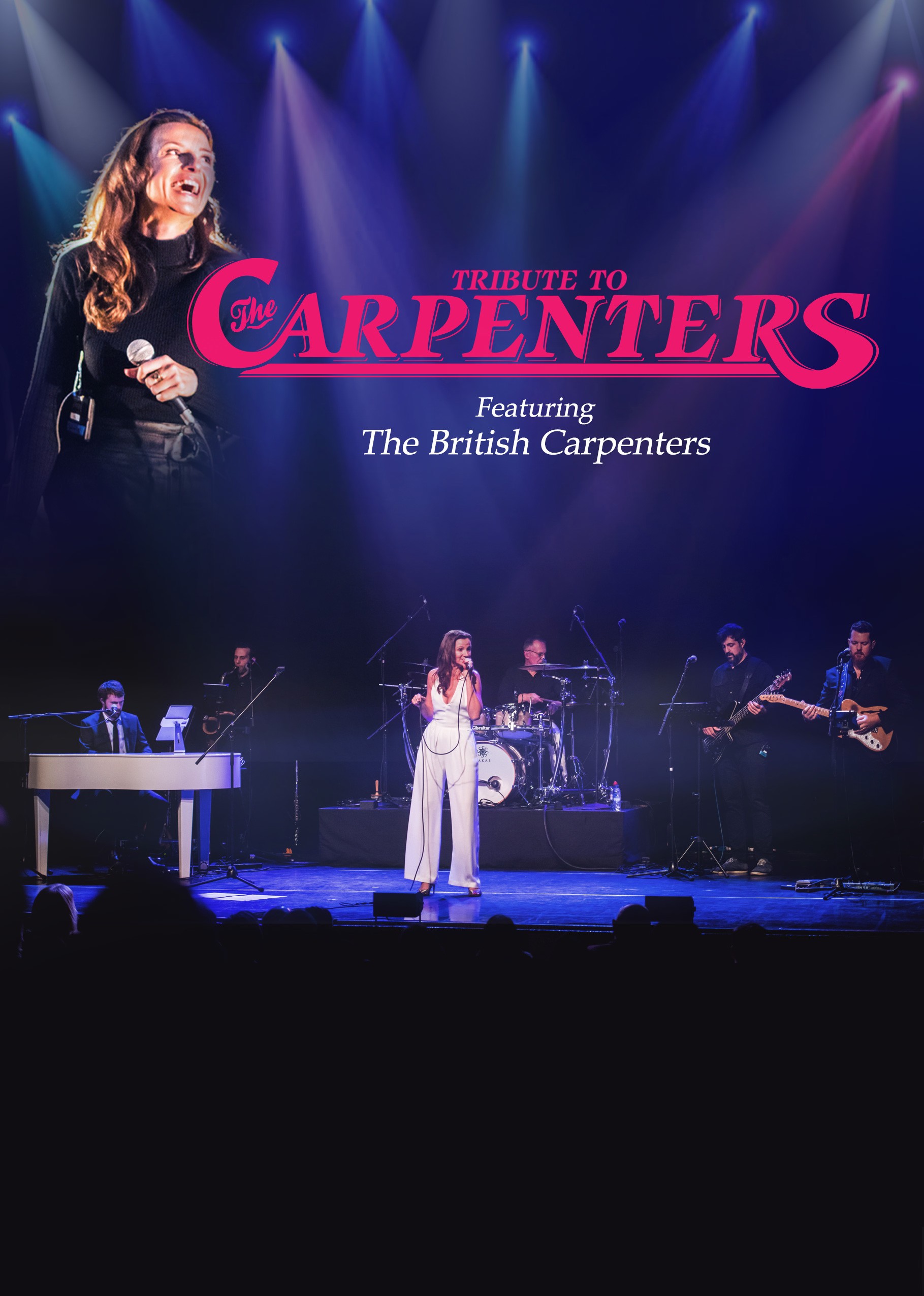 Tribute to the Carpenters featuring The British Carpenters

Tribute to The Carpenters

One of the original, very first tribute shows touring the UK is back by popular demand, with an all new production of, Tribute to The Carpenters.

Brought to you by renown producers, Entertainers. Home to shows including, The Magic of Motown, Fastlove and Lost in Music.

Join us for the one very special night as we celebrate the music of the Carpenters and take you on a musical journey through all the hits and the sound track of our lives. Songs including, Close to you, Top of the world, Raining days and Mondays, Mr Postman, Goodbye to Love and many many more.

Featuring Gordy Marshall's, The British Carpenters, starring the fantastic Sally Creedon as Karen Carpenter and with a fantastic cast made up of musicians straight from London’s West End.

This show is not be missed, it’s a beautiful moving musical journey. So join us as we bring you the smallest of dreams coming true and as we escape this world full of madness, for one night only.

Tribute to The Carpenters, touring the UK once again.