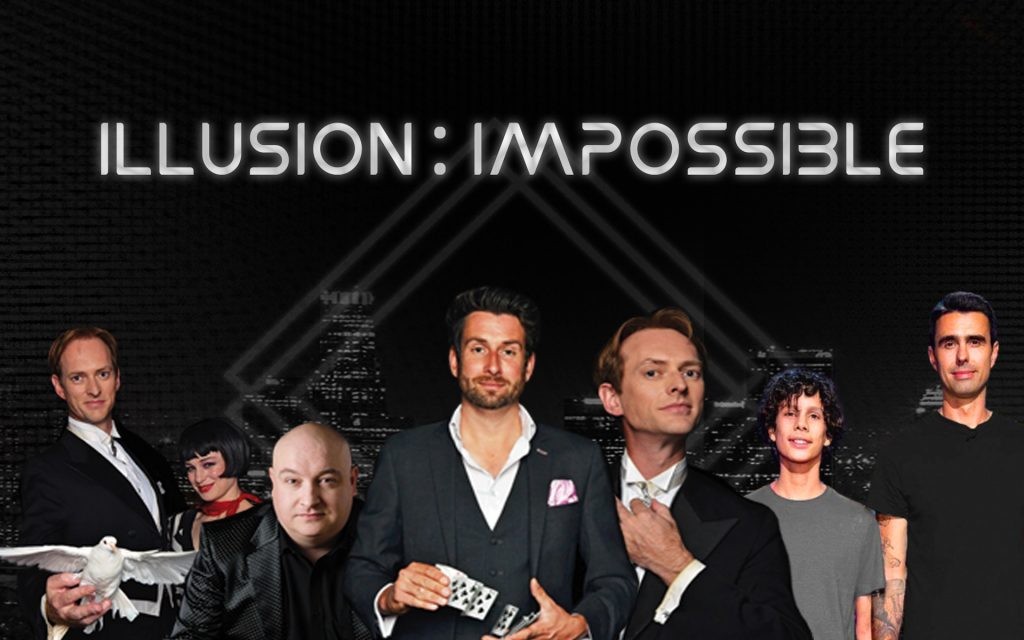 ILLUSION:IMPOSSIBLE showcases 5 of the most incredible Illusionists in the world including:

Collectively these performers have been seen by hundreds of thousands of people around the world and with over 500 MILLION YouTube views between them, this production showcases their incredible talents together LIVE on stage.

ILLUSION:IMPOSSIBLE is touring around the UK and Europe! Get your tickets now..