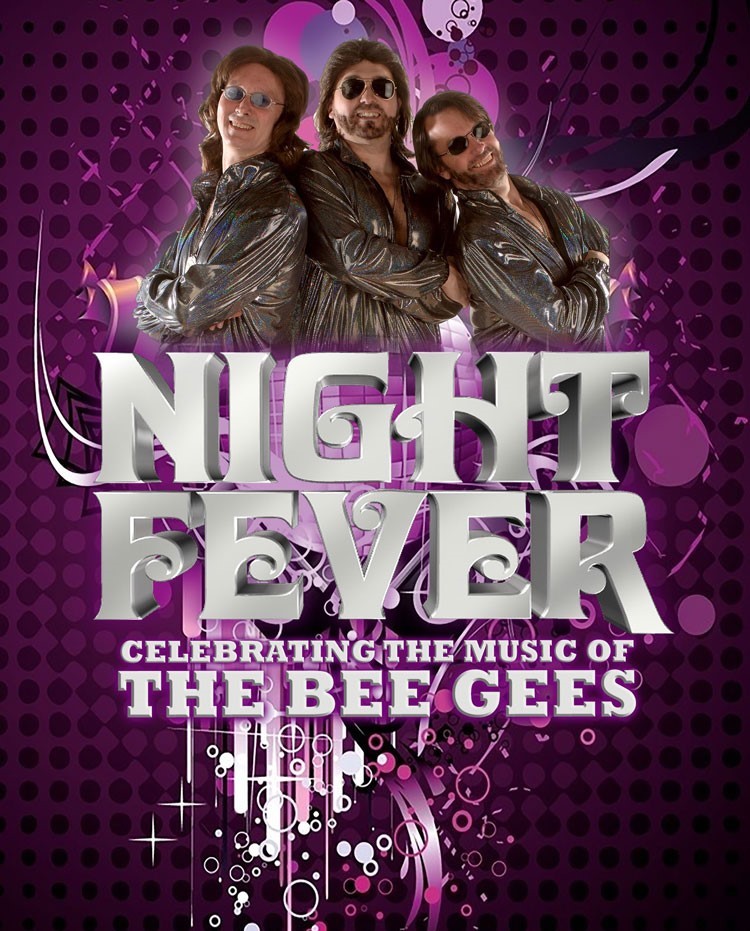 Polish up your platforms, unfurl those flares, brush up your boob tubes - for a night of Bee Gees disco hits. . . and more.

Take a trip back to a time when nightclubs were called discos and dancefloors went crazy to Stayin’ Alive, You Should Be Dancing, Jive Talkin’, How Deep is Your Love, More Than a Woman and of course Night Fever.

And there’s more the UK’s number one Bee

before and after Barry, Robin and Maurice’s disco heyday. Songs like Massachusetts, Words,

Nights on Broadway, Tragedy and You Win Again saw the Bee Gees become one of the best - selling recording artists of all time.

These and the chart - toppers recorded by other artistes including Islands in the Stream, Emotion, If I Can’t Have You and Grease feature in this spectacular production.

With harmonies tighter than the Gibb brothers’ trousers and musicianship more dynamic than John Travolta in full flight, there’s something special going down at The Deco this Autumn