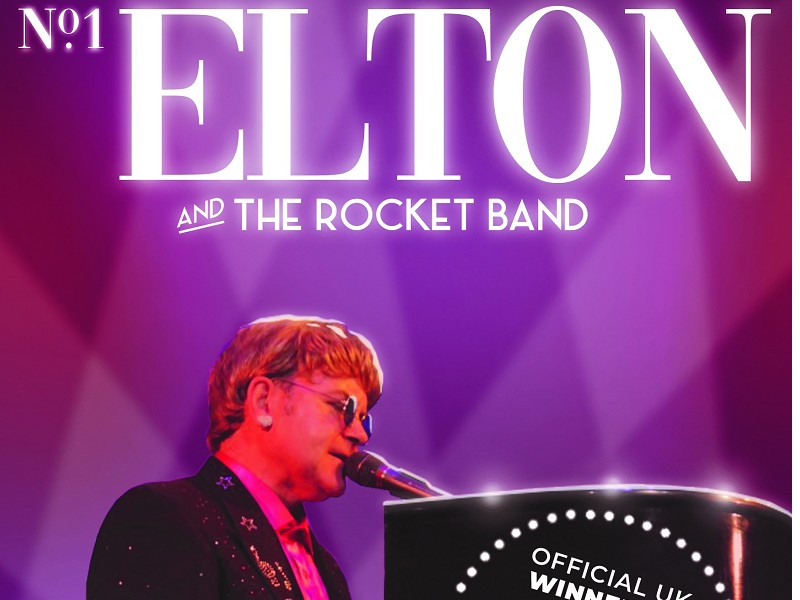 With the eagerly anticipated biographical musical drama ROCKETMAN due to hit cinemas later in the month, we expect the Elton John frenzy to gain monumental pace. With an extraordinary repertoire of beautiful ballads and upbeat rock and pop tunes spanning 40 years, who can’t resist singing and dancing along to those magical melodies?

CAN YOU FEEL THE LOVE TONIGHT? Introducing the Number One Elton tribute on the circuit today. Some tribute artists look like their idol, some sound like their idol but our Elton does both! Close your eyes and you won’t believe your ears, open your eyes and you won’t believe them either! Book our Elton with confidence, as he brings with him over two decades of performing experience. And if that wasn't enough, to ensure the ultimate audience satisfaction, we won't just be relying on his looks and sound. Our show packs a punch with custom stage set and design, including a ground and overhead lighting rig, and over 40 lighting fixtures!

You simply won’t find a closer tribute to Sir Elton John, nor one endorsed by so many so close to the man himself.....

''A big Thank You for the gig on Saturday at my party. You were sensational and everyone was just amazed and enjoyed it all so much. Everyone loved you all and are still raving about it all.''

''Having been Elton John's manager for 28 years, I was absolutely flabbergasted when I saw you walk out to take the stage, momentarily believing it was Elton himself, and when you started to sing I was even more convinced.''

If your audiences can’t get to Vegas to see the genius of Elton, invite them to your theatre to see the next best thing.

Your Song, Candle in the Wind, Don’t Let The Sun Go Down On Me, Sacrifice and Sorry Seems To Be The Hardest Word Crocodile Rock, I’m Still Standing, The Bitch is Back and Saturday Night’s Alright For Fighting…………the Number One tribute challenge is often not what to play, but what to leave out!